The Boys In The Band 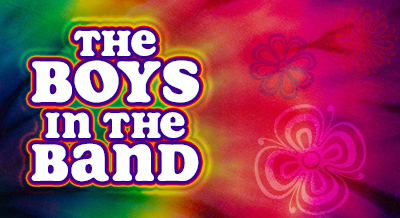 A group of men gather in an Upper East Side apartment for a friend’s birthday party. An unexpected guest and a street hustler arrive. The drinks are poured and the music is turned up. The evening slowly exposes the fault lines beneath their friendships and the self-inflicted heartache that threatens their solidarity. Secrets are revealed, arguments are unearthed, and blows are thrown, culminating in a shocking game.

This fiercely funny, ground-breaking American play, the first truly honest portrayal of the lives of contemporary gay men, was recently successfully revived on Broadway. Shocking mainstream audiences, it premiered Off-Broadway in 1968, running for 1,001 performances and was subsequently made into a successful feature film with the original cast. At a time when gay characters were seldom seen in commercial media except as crude stereotypes, this play presented a well-rounded view of what critics of the day referred to as ‘the homosexual milieu.’

Half a century later, the play is as entertaining, bold, and inspiring as ever. This production is directed by award-winning director Barry Park.

By arrangement with ORiGiN™ THEATRICAL, on behalf of Samuel French Inc.